The Irish rockers have been ripping up a storm since the release of their debut album in early 2013 with their kick-ass live show..

Screaming Eagles are a Northern Ireland based rock ‘n’ roll band influenced by the likes of AC/DC, Airbourne, Audioslave and Black Stone Cherry. The band formed in 2012 and quickly got to work on crafting an albums-worth of full throttle rock songs for their debut release. They entered the studio in late 2012 to capture their raw and riff-heavy live act onto record in an intense 10-day recording session surrounded by Marshall stacks and fuelled by cheap wine. Their debut album “From The Flames” album was recorded and produced by Ross Cullen at Railway Studios, Lisburn, Co. Antrim and mastered by Mark Chalecki at Little Red Book Mastering, California (Rhino Bucket, Booker T. Jones, The Brian Jonestown Massacre).

It is rare that a recently formed band can come up with a debut album as diverse and hard rockin’ as “From The Flames”. Yet that is exactly what Screaming Eagles have done. With Chris Fry’s powerhouse, bluesy tones, Adrian McAleenan’s power chord and riff combo, Ryan Lilly’s thumping bass lines and Kyle Cruikshank hitting the drums harder than a lumberjack chops a tree, Screaming Eagles have delivered a debut album that reflects the bands focus on song-writing and diverse musical taste. From influences such as AC/DC, Airbourne (check out All The Way, Down The River), Black Stone Cherry (Devil in the Dust) and their own take on dark, moody delta blues (Vampire) the album intrigues and ropes in a wide of rock music-lovers.

The album “From The Flames” was released in early 2013. 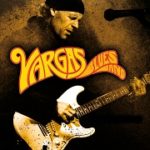