No lemon. No salt. No chaser. Melbourne’s Tequila Mockingbyrd are a shot of straight up rock n roll packing a high energy punch that will hit you from the first explosion of sound until long into the after-party. Comprised of Estelle Artois (Lead Vocals, Guitar), Jess Reily (Bass, Backing Vocals) and Josie O’Toole (Drums, Backing Vocals) the band are rapidly becoming known for their explosive live shows and punk rock sound. With an arsenal of catchy riffs and memorable choruses, Tequila Mockingbyrd pump out party anthems like ‘Good Time’ and their disco-punk ode to Melbourne’s iconic Esplanade Hotel ‘Never Go Home’, then rip into bottom-heavy stomping tracks such as ‘I Smell Rock n Roll’ and ‘Everyone Down’.

Since their inception in 2012, the trio has toured Australia multiple times and earned killer support slots with international acts such as Cherie Currie of The Runaways and punk icon Richie Ramone whose management hand‐picked the girls for the slot having heard their cover of The Ramone’s classic “Somebody Put Something in my Drink”.

At the end of 2015 the T‐Byrds spread their wings internationally for the first time, having the honour of visiting The Middle East on a Government-sponsored “Tour of Duty” to entertain the troops – see video here. Their debut album “Fight and Flight” was released on 20 th May 2016 in Australia/NZ and debuted at No. 10 in the Australian AIR Charts. Debut single (and fragrance!) “I Smell Rock n Roll” was named Team Rock “Track of the Week” and earned the trio A-list airplay on the UK’s biggest rock station Planet Rock radio. It also scored the girls a coveted live studio performance on Australia’s leading commercial rock station Triple M.

The album is scheduled for release internationally early 2017 following the trio’s relocation to the UK in September 2016. They have certainly hit the ground running with a 40+ date tour across the UK and Europe including appearances at Hard Rock Hell and Planet Rock Stock and UK/Ireland tour with Richie Ramone. Look out world; these Byrds cannot be caged!

“That is incredible; those girls are so talented… what a voice… I love it!” ‐ Lzzy Hale, Halestorm 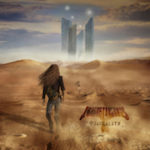 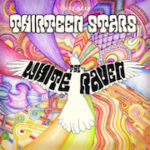