In today’s djent-math-tech world, you would be forgiven for thinking that good ol’ fashioned rock n roll has had it’s day. But then The Amorettes explode onto the scene and prove that the classic set-up of guitar, bass and drums is all you really need to make a rock album that packs one hell of a punch.

This Scottish all-girl 3 piece produce boisterous classic rock tunes full of gargantuan riffs, meaty basslines and more spunk than Motley Crue and Van Halen put together. Forming in 2010, this DIY lovin’ bunch independently released their first album, Haulin’ Ass, in 2011, proving once and for all that you don’t need a record label to make waves. And with their, soon to be released, new album produced by Legendary Grammy Winning producer, Chris Tsangarides (Thin Lizzy, Tom Jones, Depeche Mode, Judas Priest), and strong support from Planet Rock, The Amorettes DIY attitude is taking on a whole new approach!

Hailed as the female Ramones, described in the press as “Like Airbourne fronted by Joan Jett” and already confirmed as Special Guests to Europe and Black Star Riders on their UK Tour in March 2015, The Amorettes are on the rise – so prepare to be hearing a lot more of their gritty, punk-tinged rock explosion. 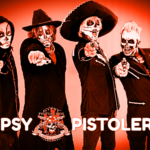 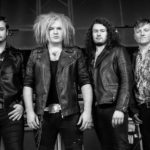 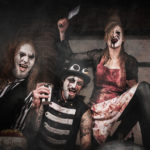 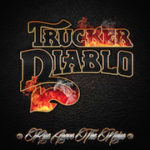 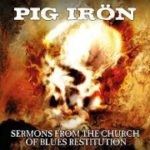